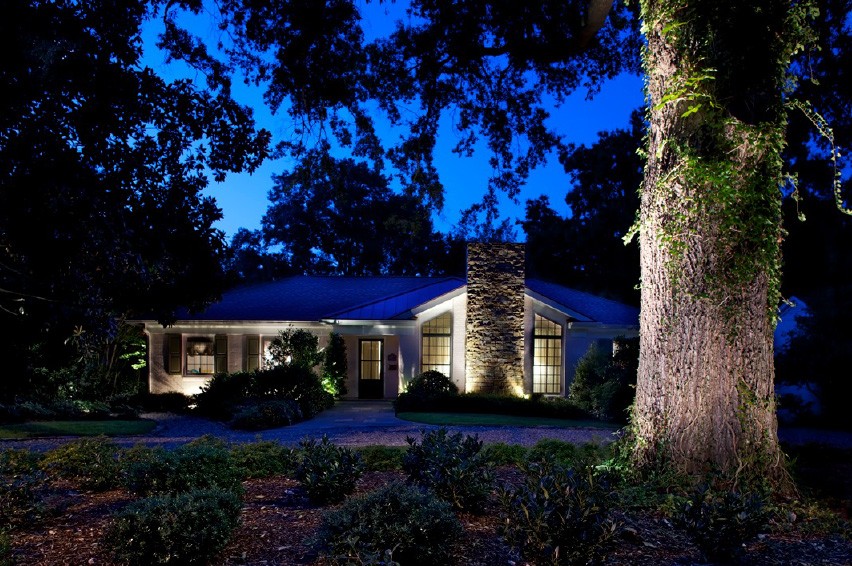 The size and lower profile architecture of this house dictated lesser lighting intensities with wider beam spreads. The chimney, the house’s prominent architectural feature, was illuminated with two uplights aimed so that their beam spreads crossed, which accentuates the stone’s texture. The magnificent oak is spectacularly lit with uplights. The size and texture of the large trunk is highlighted and, although not shown here, the entire limb and leaf canopy of the tree is illuminated.

Some of the oak’s lighted canopy is shown here. This photo is also a good example of moonlighting. That is the technique that was used to light the circular driveway. The effect is achieved, in this case, by using several small, tree-mounted downlights with sight shielding shrouds. The lighting on the drive mimics natural moonlight, while the source of the lighting is not prominently visible.

Have A Question? We Can Help!

Contact NiteLites today to learn more about our company and our services, and schedule your free on-site consultation to get started with your outdoor landscape lighting project.